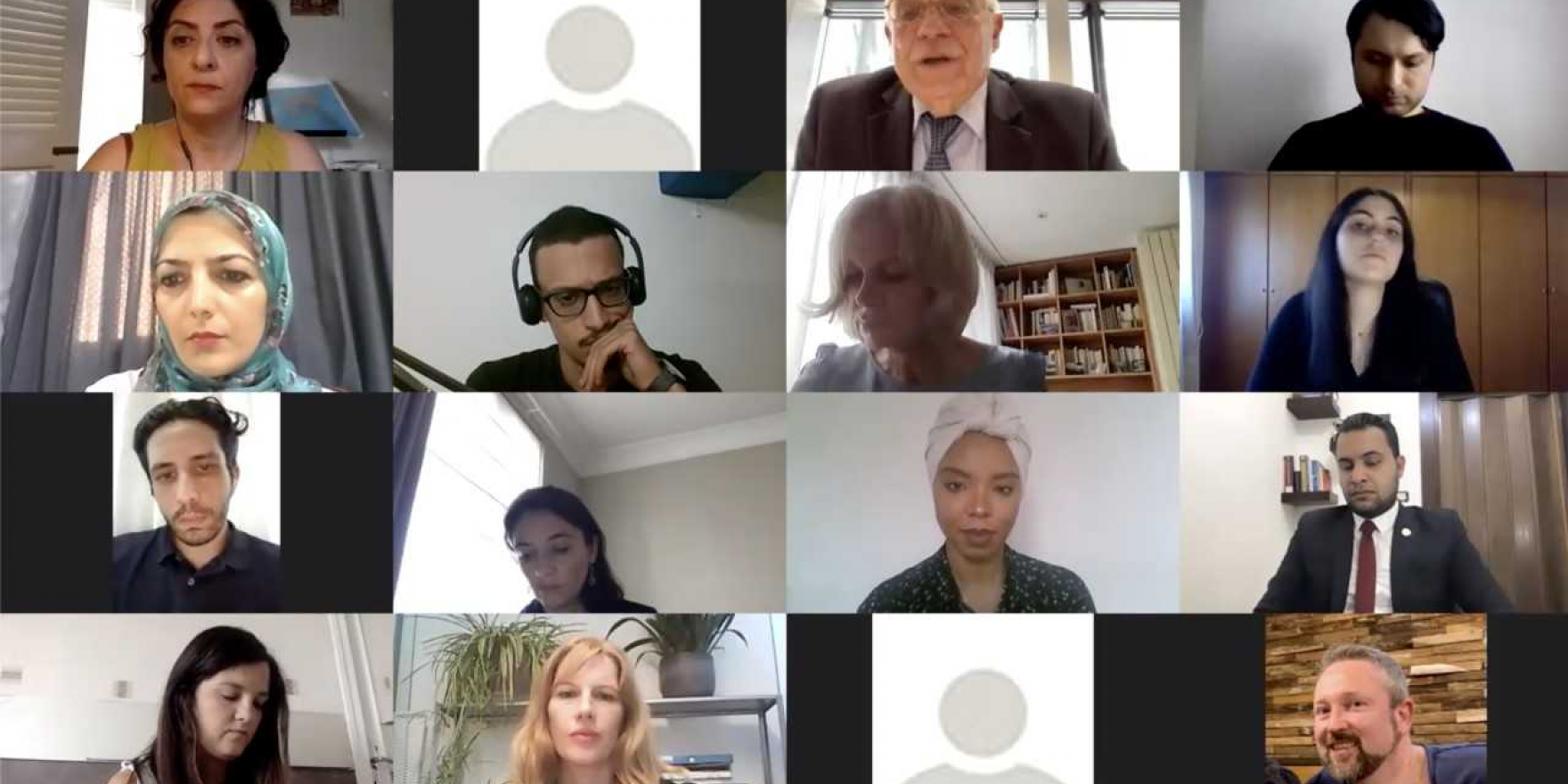 EU High-level virtual discussion on the impact of Covid-19 on youth policies and institutions, with EU High Representative/Vice-President Josep Borrell

High Representative/Vice-President Borrell highlighted: “Young people are the main stakeholders in our investment in the world’s future” in support of EU-funded youth-led programmes; Young Mediterranean Voices and Young Political Leaders”

The aim of this High-level exchange was to create a platform for constructive intercultural dialogue on the 'Impact of Covid-19 on youth policies and institutions’, between 7 young leaders from the Euro-Med region and EU's Neighbourhood countries, as well as to jointly formulate innovative policy recommendations. Scene-setters of the dialogue also included the European Parliament’s Director General for External Policies, Pietro Ducci.

“The European Union supports initiatives that contribute to removing obstacles to young people and that encourage active citizenship and promote democracy”, highlighted High Representative/Vice-President Josep Borrell, hereby endorsing youth programmes, such as the Young Mediterranean Voices. He underlined: “Young people are the main stakeholders in our investment in the world’s future.”

The discussion was the second in a series of virtual debates, aiming to factor in multi-dimensional youth perspectives in the process of cross-cultural decision-making. Restrictive measures on freedom of movement, as well as the fight of disinformation and the need to enforce digital infrastructures, were highlighted as potential threats in the aftermath of COVID-19  crisis.

European Parliament Vice-President, Fabio Massimo Castaldo, actively engaged in the discussion with the participants, and offered to bring youth policy recommendations at the heart of European decision-making. He stressed the need to foster the culture of dialogue and highlighted the importance of the digital transition as a way to build more bridges between people and for youth in particular. Furthermore, he criticised countries using COVID-19 as a cover for pursuing agendas that undermine democracy and limit freedoms, including freedom of speech and the media.

Burak, Young Mediterranean Voices from Germany,  highlighted the need to create a principal advisor to the European External Action Service on Youth, Peace and Security in order to bridge Europe with Africa through the Mediterranean: "The European Union needs cross-party and cross-institutional collaboration to engage youth into multilateralism and diplomacy".

Ismail, Young Political Leader from Azerbaijan, stressed: “With the outbreak of digitalisation to counter COVID-19, there remains a threat of fake news and disinformation, intensifying conflicts and violating security and privacy of online users. We now have the opportunity to rethink the use of online media”.

Anas, Young Mediterranean Voices from Jordan, was critical about the impact of COVID-19 on human rights and the heavy reliance of governments and refugees on international organisations: “The European Commission should support decentralisation of funding on national and local levels; prioritising rural areas and access to education.”

Raghda, Young Political Leader from Palestine, talked about youth inclusion in Gaza, under the reality of occupation, poverty, and a refugee status of 2 million residents: “Digital infrastructure needs to be enforced, especially in conflict zones like Gaza. Digital platforms for learning and advocacy are now more important than ever”.

Policy recommendations highlighted by the 7 young leaders from the Euro-Med region and EU's Neighbourhood countries, were well received by EU High-level speakers. Their formulation will take into account the inter-regional character of the group, and will be disseminated amongst relevant stakeholders and policy-makers. While it is not currently feasible to organise face-to-face encounters, the Anna Lindh Foundation continues to explore meaningful ways to bridge geographic and cultural divides and to reach out to young people as agents of change.

Read the European Parliament’s article about the discussion