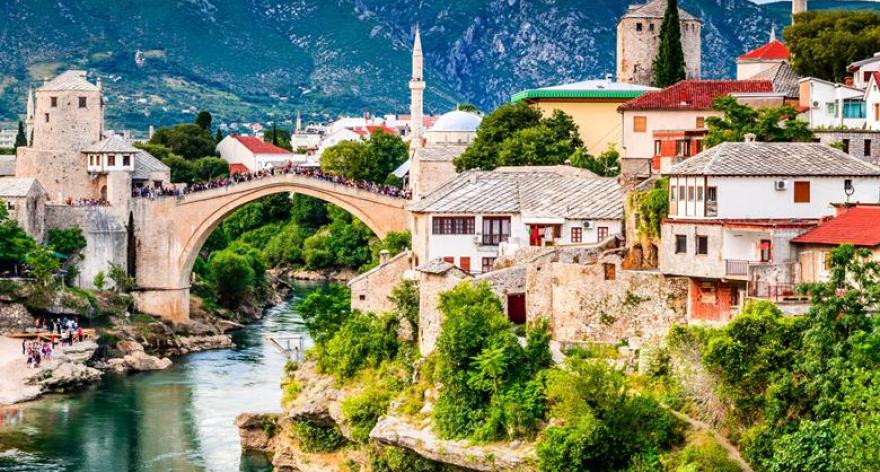 As part of the celebration of the Euro-Med Capital for Dialogue 2021 Award, the City of Mostar held a conference entitled “Cherishing our diversities” on 29 December 2021, 6 – 9 PM CET in the Music Center Pavarotti Mostar in hybrid form.

In the framework of the candidature for the EuroMed Capital for Dialogue Award 2021 – City of Mostar is producing a Film and Outreach activities.

Film: “Talking City”
The film is imagined in an expressive artistic way. It conveys Mostar's interculturality through the people, showing what Mostar is today and what is expected to be seen in the future. The idea: the narrator is the city itself and speaks in the first person. In this way the additional emotional space will be created, that should awaken in each person the individual sensibility in all our differences and values. People will open the suitcase of memories and dreams and stop for a moment. By creating space for a personal feeling, the sense for the collective expression of the importance of intercultural dialogue in the city of Mostar will be created and carried out.

Outreach activities: Conference “Cherishing our diversities” and workshop “Your culture is my culture” (Hybrid Conference and face-to-face Workshop)

The conference will provide space for sharing examples of good practice from other cities and communities from the region and beyond. It is important to capture the breath of space and time of other communities and be part of the wider family of intercultural dialogue. In addition to discussions and examples of good practices the plan is to organise Workshop under the title “Your culture is my culture”. Workshop will take place within Advent fair in Mostar where young people of Mostar will exchange their traditional and ethnic customs during different ethnic and religion celebrations.

Bridging the Cultures - City of Mostar

City of Mostar has implemented project HERA – Sustainable tourism management of Adriatic HERitage within IPA ADRIATIC CBC  Program. The main objective of the project was to develop a joint cross-border platform within the Adriatic area for management and promotion of sustainable tourism based on common cultural heritage. City of Mostar has created the cultural-tourism route named “Bridging the Cultures”. The main theme of the route are bridges of Mostar. It is worldwide known that Mostar is recognized in the world for its UNESCO world heritage site, the Old Bridge, that was destroyed during the 1992 war in BiH and reconstructed in 2002.

Beside the Old Bridge, there are other less known bridges in and around the City of Mostar which connects east and west banks of river Neretva. Route “Bridging the cultures” explores the cultural heritage of the Mostar City following the bridges as the main backbone of the route. Various cultural periods left impacts on the city, dating back from Roman times to Ottoman Empire, Austro-Hungarian era, as well as socialist and post war era. City of Mostar was torn during the period of previous war in 1992, where majority of the bridges were destroyed, as well as human connections between east and west, Bosniacs and Croats. The cultural-tourism route “Bridging the cultures”, on top of historical presentation and value, also adds value to bridging the cultures and religions in City of Mostar, as well as presenting their uniqueness. 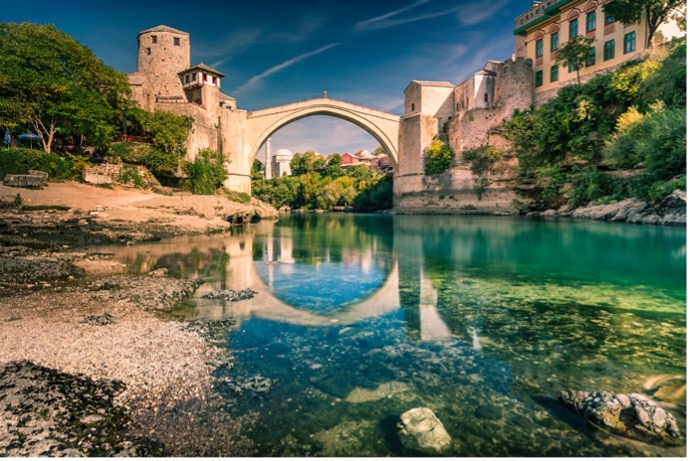