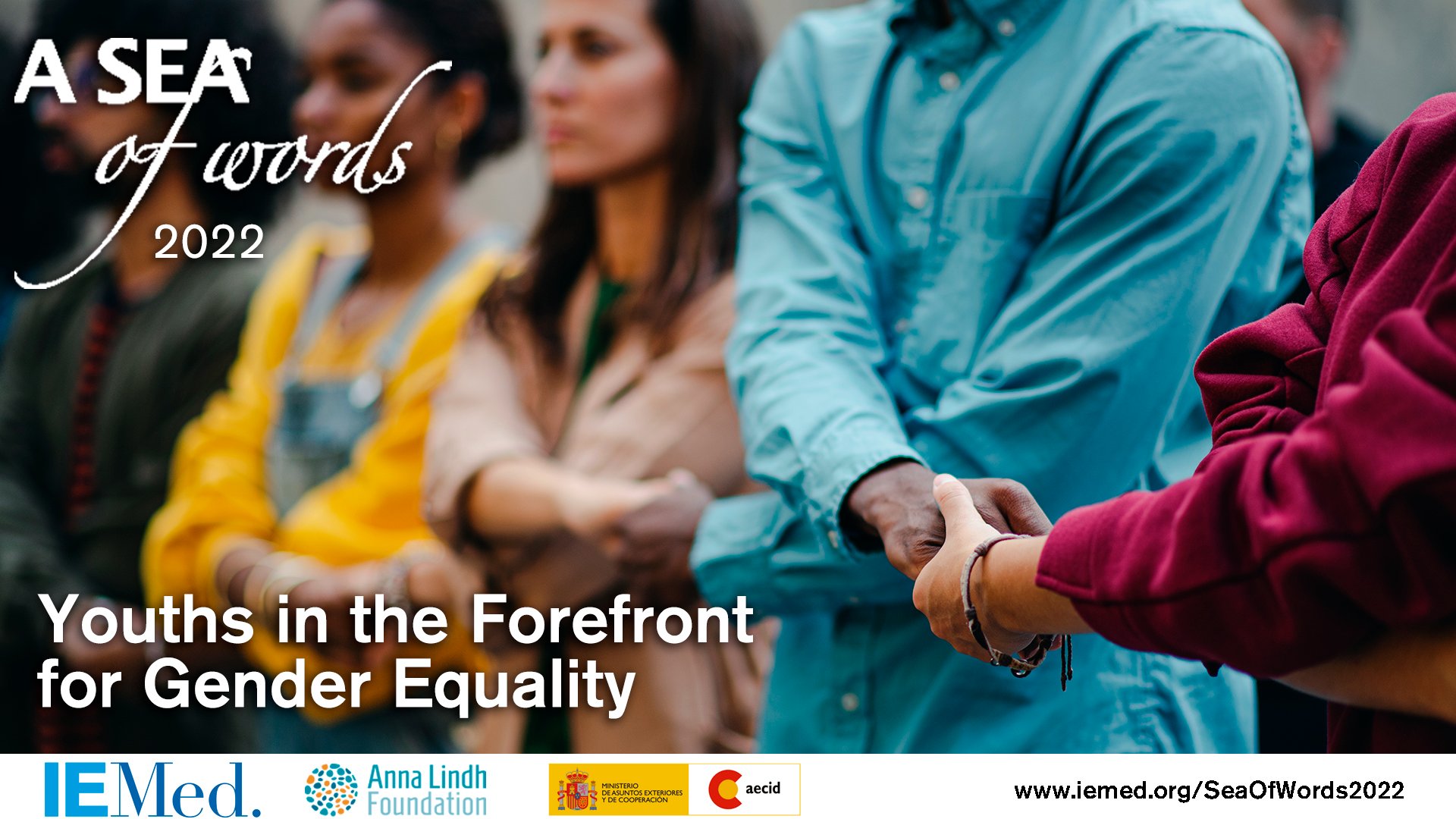 Youths in the forefront for Gender Equality

A Contest with 15 years of history

The 15th edition of the literary contest “A Sea of Words” organised by the European Istitute of the Mediterranean (IEMed) in collaboration with the Anna Lindh Foundation Secretariat has been launched, calling EuroMed youths to write about overcoming gender-based discrimination.

The contest aims to create spaces for intercultural encounters between young people in order to promote exchanges of experiences and ideas between peers, identify shared values in the region and transcend those stereotypes that tear people apart. By doing so, it aims to equip young people with tools so they can play a relevant role in future societies and actively promote the values of diversity and co-existence in the Euro-Mediterranean area.

About the 2022 edition: Youths in the forefront for Gender Equality

While more people share the goal of achieving gender equality, there remains a long way to go to bring about a change in mentalities. The new generation is getting involved in transforming the current reality which still tolerates forms of gender-based discrimination. Sexist stereotypes, the pay gap, the difficult access to senior political, economic, and social positions, and, particularly, gender-based violence, are some of the issues that the youth can reflect upon to promote the rights of women and to fight against this inequality throughout the Euro-Mediterranean region.

The authors of the 10 best texts - selected by an international jury - will be invited to Barcelona on November 24th, 2022, in the framework of the Mediterranean Day, to participate for three days in the awards ceremony, creative workshops and cultural exchanges to create common spaces of encounter.

“A Sea of Words” was launched in 2008 by IEMed in collaboration with the Anna Lindh Foundation Secretariat, to gather the voices of young people and essential agents of change, about social, cultural, economic or political dialogue topics that prompts the 1995 Barcelona Declaration.